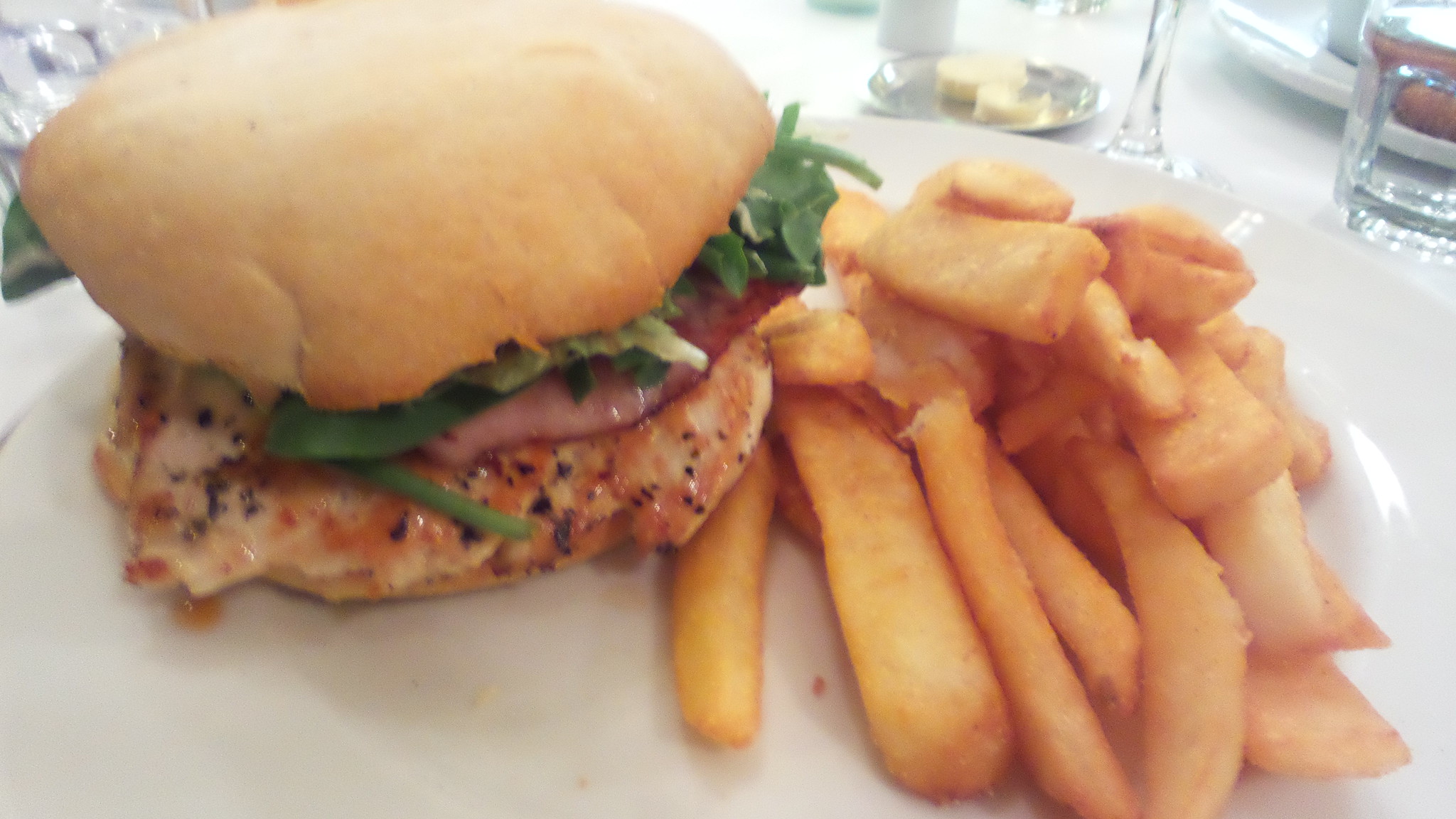 The new Entertainment Books have been on sale for quite a while and we took a while making a decision about which charity or cause we were going to support (for the record, the RSPCA) and whether we were going to go digital or paper. A friend of mine had already bought her digital version so we had a look at it and decided to give it a go. So far we’ve used it twice and there’s been no issues … so fingers crossed things stay that way.

Newly acquired app in hand, we were keen to use it so we embarked on the torturous process that is making a weekend dinner decision. Obviously, this time round we wanted somewhere in the book and it needed to be somewhere that started dinner service at 5:30 pm at the latest. Master Four cannot be waiting for his dinner!

Andy rang up and booked and reported that we were booked into the restaurant, which didn’t mean much to either of us. Like many suburban pubs, the Avoca has undergone overhauls in recent years and it now has a range of areas, including the restaurant but also the Glasshouse and the Decks and beer garden. In fact, there are enough areas that when you arrive they have signs pointing in different directions to help you find your way!

As the pub is on South Road, finding it is easy and there’s a ton of parking out the back, which, given its location, is essential. However, the Avoca is really popular and we might have arrived at 5:30pm but it didn’t mean that we had our choice of car parks. The restaurant was (unsurprisingly!) empty but Andy had been told that other dining areas were booked out. The bonus of dining in the restaurant was that we had full table service. Master 4 approved – you should have seen the look on his face when he got to order his own meal!

Food wise the menu offers the pub standards (schnitzel, pizza, salt and pepper squid) as well as a few more interesting dishes, such as prawn chu chee curry, crispy skinned salmon, pork belly and fillet steak. There is also a short children’s menu which is unexciting.

Master 4 decided he wanted fish and chips so our first priority was to check out what the children’s fish and chips actually was. We’ve been in pubs where the children’s food has a horrible almost pre-masticated pale pale shadow of proper food, so we are always a little bit wary. I’d rather buy Master 4 a full portion of food he doesn’t finish than something I wouldn’t eat myself.

However, our waiter assured us that the children’s fish and chips was identical to the adult version, but only one piece of fish. While the Avoca is to be commended that this fish is sustainably caught, it is disappointing that the choice has been made to use NZ hoki. Especially as hoki is blue grenadier and locally caught is available. And while the fish was nicely cooked, the batter was crispy and the chips were … chips, the addition of a small salad for children wouldn’t go astray. As all the children’s meals come with the option of soft drinks or ice cream, perhaps salad or vegetables could be added to that choice.

Andy chose the chicken schnitzel with gravy (a departure from the usual beef as that is 350g and was deemed too large) and I opted for the chicken burger. Not only was the chicken burger huge but it was also really tasty. Bacon, tomato, cheese, lettuce and dill mayonnaise – with all the salad parts lovely and fresh and the chicken moist. I loved it. In fact, I’m still talking about. I would definitely go back and be sorely tempted to eat it again rather than try anything else on the menu.

The service was good – I definitely enjoyed having table service and the staff were all friendly but at no point intrusive. Of course, this is a pub so things are efficient so perhaps don’t expect a luxuriously long meal. I understand that despite the hotel’s many different areas, the menu is common so you don’t have to worry about different foods in different areas. I was impressed – yes, this is a pub dinner and while I’ve had some great ones recently, I’ve also had some shockers. And an impressed and happy customer talks about it and … guess what … some friends of ours have already (happily) dined there!