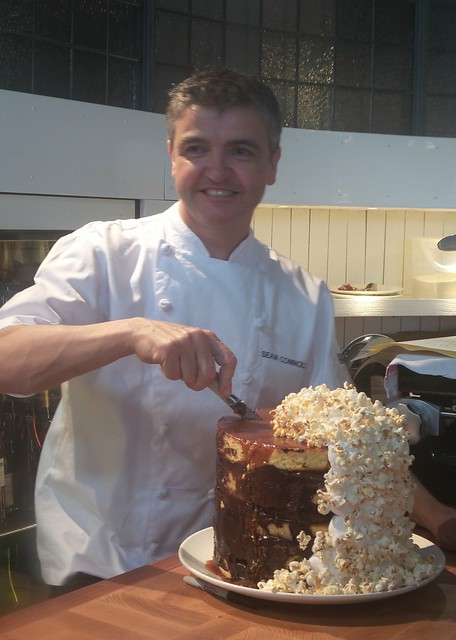 Disclaimer: I was a guest at the lunch.

I’m quite surprised that Sean’s Kitchen, one of the Casino’s flagship restaurants, is just one. In a year which has been packed with restaurant and bar openings, Sean’s Kitchen has done a good job of keeping itself at the forefront of my consciousness. Remember those black burgers for Friday the 13th, a while back?

It is rather the story of my life at the moment that I seem to have not eaten at places and that’s certainly true of Sean’s Kitchen. It has moved up and down ‘the list’ and never quite percolated to the top.

Until last Tuesday, when I headed along to a lunch to help celebrate the restaurant’s birthday.

A small group of bloggers and media was hosted by both the Casino and Sean himself to a lunch which showcased some highlights from the new summer menu and concluded with an enormous birthday cake. If you have never thought of sponge, chocolate ganache, meringue, popcorn and salted caramel sauce … you should start thinking about it now.

Firstly – the drinks (even at lunch time a glass or two of good wine is essential). Very excitingly for the wine geeks out there, Sean’s has put on a dedicated ‘Rosé Repertoire’ list of rosés, available by the glass. The wines are predominantly dry (which can be an achievement in itself) and also interesting. I suspect that not only did someone have fun coming up with the list – patrons should have fun drinking it over summer. We started with a big platter of oysters which was quickly followed by a very comprehensive selection of the smaller plates available. 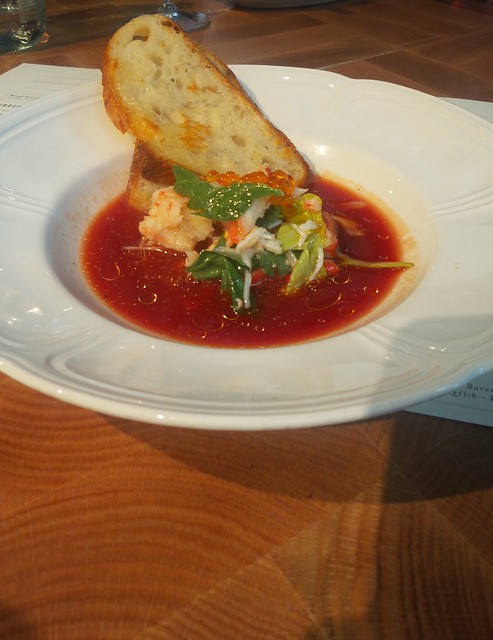 The two absolute stand outs for me were the soft shell crab sandwich, served with green goddess dressing, and the crab salad with bloody mary vinaigrette. If you order this, you will need to ensure that you either have plenty of bread to mop up the vinaigrette or a spoon – otherwise you may feel compelled to slurp it from the bowl and that wouldn’t be a good look … 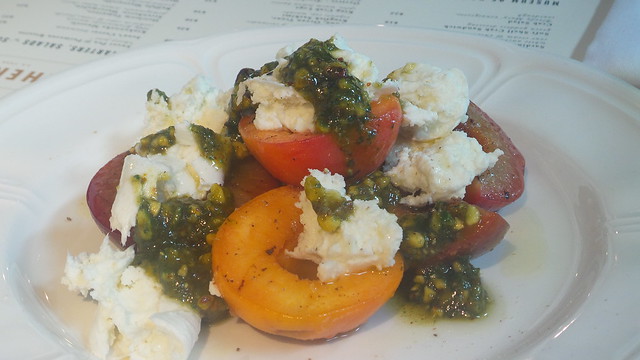 New summer dishes include an heirloom tomato, strawberry and watermelon salad, dressed with pomegranate seeds and labne, and grilled peaches, served with mozzarella and pistachio pesto (another highlight for me). I also loved the grilled octopus salad, served with kipfler potatoes, olives, chilli and gremolata. Super simple but just wonderful. 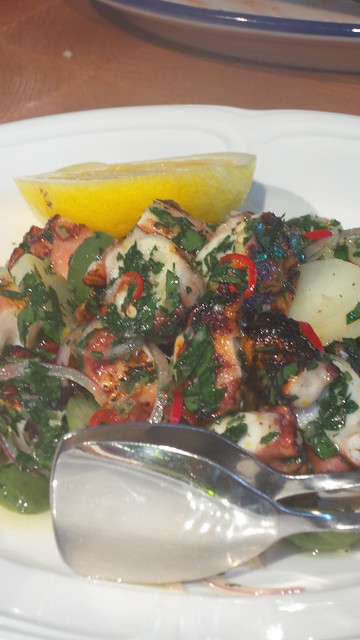 Having motored through all of this, I was starting to feel quite full … but saved some space for the birthday cake. The arrival of the cake was heralded by a Marilyn singing ‘Happy Birthday’ (apparently quite a while ago, Sean had asked for a Marilyn and then promptly forgotten about it …). Apparently the kitchen had been at full tilt producing ganache so that patrons throughout the day could all be treated to a piece of cake.

The combination of soft meringue and pop corn, with a dash of salted caramel sauce, was just delicious. You almost didn’t need cake too. Almost, but not quite!

At this point I had to leave but before I did, the barbecue short rib appeared from the kitchen. It’s a hefty share dish and looked delicious (and from all reports it tasted delicious too). I hope the remaining diners did it justice!

It might have been a Tuesday lunch but Sean’s Kitchen was almost full to capacity – no mean feat given that it is definitely at the pricier end of the Adelaide dining scale (main courses hover between $30 and $40).

It is great to see what we can now call an established venue that is thriving. Sometimes I think Adelaide’s dining scene is a little too flighty – always chasing the next trendy thing – but the success of Sean’s Kitchen shows that it is possible to survive and thrive beyond the 6 month mark.