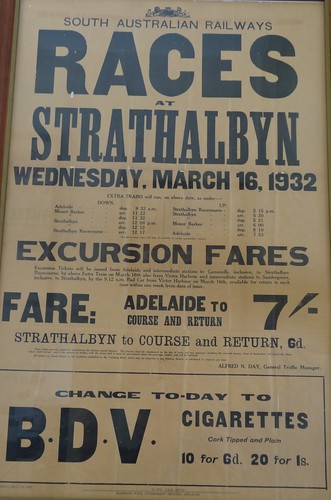 It’s hard to believe, but this year will be the first year that will see Adelaide Hills wines served exclusively at the Strathalbyn Cup.

Sidewood Estate approached the Strathalbyn Racing Club in a bid to ensure that premium Adelaide Hills wines would be served during the event. Fortunately – particularly for thirsty punters – this idea received a positive reception and on 11 January the wines of Sidewood, Bird in Hand, Golding and K1 by Geoff Hardy will be making their debut appearance.

General admission is $20 for adults but for $100 you can buy a ticket for the Sparkling Summer enclosure with a private outdoor picnic area (trackside of course), food vouchers and four glasses of Adelaide Hills wine as well as a commemorative glass.

Tickets are, of course, available on line.