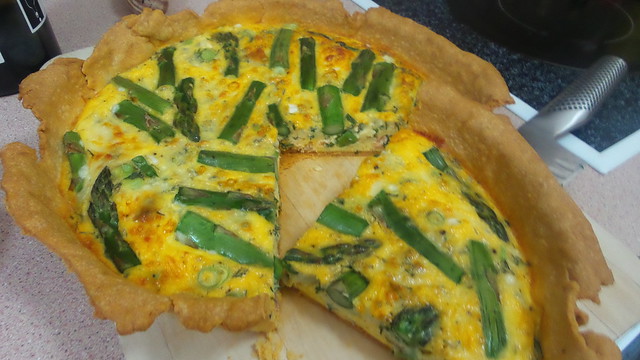 Great British Bake Off has returned for viewers in the UK, so I figure it is fitting to roll out another Mary Berry recipe. My write up of Mary Berry’s chocolate brownies remains, month after month, one of the most viewed pages on this blog.

So when I spotted Mary Berry’s Simple Cakes from the library I figured it was time to test out another one of her usually fool-proof recipes.

The very first recipe in the book is Sachertorte. Not a cake I’ve ever made before but one I’ve been privileged enough to eat in its birthplace, the Hotel Sacher in Vienna. Created in 1832 for Austrian royalty (let’s observe modern country borders for now), it is a cake which now boasts its own national day (5 December, for anyone who needs an excuse to eat cake).

This version of Sachertorte doesn’t quite match up with various ‘original’ Sachertorte recipes that you can find on the internet, as it contains no flour. But I like this, as it means that this cake is suitable for coeliacs! The cake itself is actually also dairy free (the ganache is not) so for anyone dealing with dietary requirements, it might suit.

Somehow, when making this cake I managed to not follow the recipe – not on purpose. I ignore recipes all the time on purpose. But baking, cakes – generally I’m an obedient cook. I read the recipe multiple times before commencing and I don’t stuff up.

Only when making this, I did stuff up. I managed to reduce the chocolate but a full 100g. And guess what? It was absolutely fine.

So the recipe that follows is not Mary Berry’s, though it owes a great debt to her. And, due to the reduced quantity of chocolate, I declare it a health cake (or something).

Purists will also note that I used blackberry jam and you are supposed to use apricot. My choice, like that of any good cook, was driven by what was open and immediately to hand.

Also – because the cake is almond based it is reasonably dense but also retains its moisture well. So it will keep well for a few days, providing you don’t eat it.

As I write this we are STILL eating Easter leftovers. My Saturday afternoon panic (“OMG, will we have enough food?!”) was totally unnecessary and my family well and truly pulled out the stops.

After the beef salad, my other main contribution was this chocolate torte from a BBC Easy Cook magazine dated November 2014. I bought this at Manchester airport before a flight home – my purchasing decision driven by the fact that it was the cheapest of the food magazines available (which is pathetic as English magazines are generally embarrassingly cheap) and it had James Martin on the cover.

For the past 18 or so months, it’s sat by the side of the bed and been flicked through but never used. This recipe is illustrated by said chocolate torte liberally scattered with pomegranate seeds. As my parents’ tree is going nuts, and everyone in my family likes chocolate (particularly my dad and uncle who are the most vocal about it) I figured it would be a winner.

You can find the recipe on the BBC website where it seems it was first printed in BBC’s Good Food magazine 12 months before being reused in Easy Cook!

On account of not having any light muscovado sugar to hand, I subbed in dark brown sugar but for the remaining ingredients I did as I was told. However, some of the timings in the recipe were a bit off. Beating the eggs & sugar (in a stand mixer, no less) took longer than the 5-8 minutes suggested. The cooking time was similarly optimistic and I had the cake in the oven for an hour. That may be because my spring form tin is slightly smaller than 23cm – its diameter is not marked and I’m not sufficiently bothered to find a tape measure!

There was plenty of topping so any helpers who like to lick out bowls are well served with this recipe. And being light on flour, it keeps excellently.